How to Squeeze Maximum Value From an MVP

To be successful on the web, it’s essential that you adopt the proper working methods and leverage them for maximum effect.

The web industry is relatively new, and the first generation of developers borrowed heavily from older, related sectors like print design. But over the last decade, as web professionals made their way into boardrooms and businesses began to appreciate the potential of native web methodologies, Agile approaches began to dominate.

One of the most powerful of the web-centric Agile methodologies is MVP (Minimum Viable Product), an approach that, when used well, all but guarantees a successful project outcome.

The MVP approach is about building and releasing a product stripped back to its bare essentials and then using it to test your assumptions.

An MVP can be as simple as a service intended to be automated, that is instead run manually; if the concept proves to be a hit, the fully automated AI-powered mega-version can be built, enabling the project to scale towards profit.

You can apply MVP to most web-based projects, whether a simple site or a full-blown application suite, because web technologies enable rapid iterations and support a wide range of user-testing techniques. MVP is most valuable when a project is flexible enough to adapt based on the lessons learned during testing.

A common mistake is to confuse MVP with MMP (Minimum Marketable Product). MMP is about rapidly building the most straightforward product that will make a profit. On the other hand, MVP aims to build the simplest product that returns the maximum amount of customer knowledge. As a result, some teams prefer to think of MVP as the Minimum Validatable Product.

Because MVP projects are validated via real-world user testing, they are far more likely to succeed than comparable products developed with traditional workflows.

The biggest challenge using MVP is accepting that the process will radically change the end product. In fact, if the product does not significantly evolve during the process, then there’s a good chance you’re not testing properly.

Embracing MVP means that you cannot know your final product, how it will look, or even what features it will have. MVP is all about responding to user needs.

During the Covid-19 pandemic, something unexpected happened: Skype, which had previously been the defacto app for remote working, was left standing over the course of a few short months by Zoom. Zoom’s success is the story of a company committed to the MVP methodology. Smaller than its rivals, with fewer features, Zoom was able to pivot faster and scale to substantial volume thanks to the robust core functionality achieved with MVP.

The most apparent benefit of MVP is that you’re taking less risk with your capital. A minimum viable product is, by its nature, less expensive to develop than any alternative. If you discover during testing that the feature you are focusing on isn’t successful, you still have funds to start over based on what you’ve learned.

Most of us have booked a vacation home via Airbnb; it’s one of the most successful startups of the internet era. When Airbnb was first developed, it started as a site to rent out the creators’ own apartment. The developers expanded to more than one property only once it was conclusively established that people were interested in renting out a stranger’s apartment. By adopting the MVP approach, the idea was validated with minimal investment.

Contrast AirBnb with Uber. Uber did not take an MVP approach; it began as a luxury chauffeur business and only pivoted into a taxi service when it failed to attract enough users. Both Airbnb and Uber are phenomenal successes, but AirBnb’s MVP approach meant it found its winning formula with far less investment.

Another significant benefit of MVP is that it’s fast; developing a single feature takes less time than creating an entire app or service. By reducing your time to market, you can begin to acquire real customers early.

All feedback is worth paying attention to, but the most valuable feedback comes from your most valuable users (the paying ones). MVP allows you to focus on matching your plans to actual customers’ expectations.

When we developed the Hypertalking platform — an online app for creating and publishing Facebook ads at scale — we adopted an MVP approach to ensure we could validate our design ideas as we went.

We began by building the core product (a service to render video for Facebook ads). Our client was then able to start using the app, publishing thousands of ads for targeted Facebook campaigns, while we continued to develop the platform’s advanced features. As well as enabling a shorter delivery schedule, the MVP approach meant our client could make decisions about the project based on real-world results.

One of the most attractive characteristics of an MVP workflow is that the resulting products tend to innovate within their market. Reduced costs and a shortened timeline mean that projects can take risks that would otherwise prove to be too costly.

If you want to break into a market by out-innovating your competitors, MVP allows you to do so rapidly, with minimal risk.

The Secret of a Successful MVP

Fast and competitive; MVP almost sounds too good to be true. But done well, that’s exactly what it is.

Success is nice, but it’s tough to learn from success. To learn, you need to fail. Ideally, you want to fail quickly, predictably, and with little impact on your budget. This is where the objective eye of a professional agency like Northwest can help.

The secret of a successful MVP is to do the least amount of work for the maximum amount of user-testing value. It’s not about producing the simplest functional product but rather choosing the area on which to focus based on what will deliver the most comprehensive, reliable user data.

At the heart of the MVP approach is a careful, thoroughly researched decision about what actually constitutes a minimum viable product for your project.

Observing how people actually use a product in the real world is far more valuable than asking them how they might use a product.  An experienced UX team grounded in human-centered design can help you fail upwards, in carefully measured steps towards macro success, by employing specialist UX testing techniques.

MVP is about investing the minimum time and effort for the maximum return. When implemented well, it allows startups to save money, reduce time-to-market, and even mitigate the risks of innovation. It is the very best workflow for producing modern web applications. 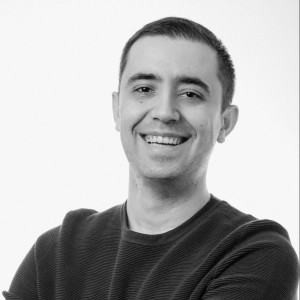 Vladimir Mrkela
Vladimir is co-founder and CEO of the Northwest. His background is in PHP development and project management. When he is not sitting in the front of the screen you may find him outdoors - riding a bike.

Get all the new insigths on business, design, development and tools in your inbox on a monthly basis.